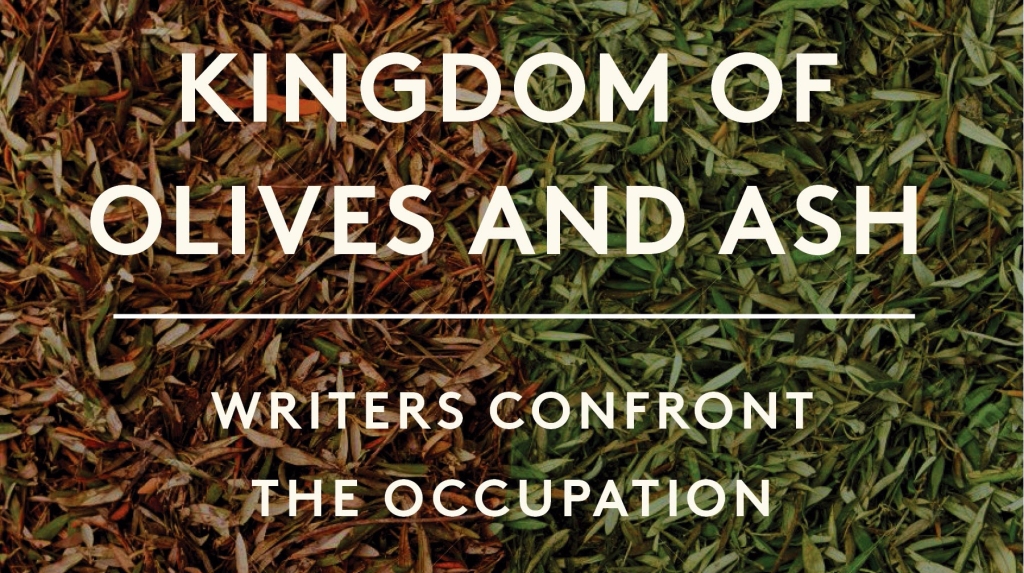 [Update: Kingdom of Olives and Ash was published on May 30th, 2017].
As many of you know, over the past two and a half years, I’ve been involved in organizing a book project aimed at marking (and mourning, and protesting) the 50th anniversary of the occupation in June 2017, along with folks from Breaking the Silence and the authors Ayelet Waldman and Michael Chabon, as well as twenty four other writers from around the world, each of whom spent at least a week in the Occupied Territories over the course of 2016, and wrote about what they saw, heard and felt while there. I am really excited to let you know that the book, Kingdom of Olives and Ash: Writers Confront the Occupation, will be published on May 30th, 2017, in English (HarperCollins), Hebrew (Books in the Attic) and Arabic (Qadita Books). In the weeks and months that follows, the book will come out in nine other languages (French, Spanish, German, Italian, Portuguese, Turkish, Bulgarian, Hungarian and Dutch).
…

For those of you in the US, there will be book events with Michael Chabon, Ayelet Waldman and Yehuda Shaul of Breaking the Silence in the following cities, in coordination with New Israel Fund:

And for those of you in Israel-Palestine, there will be a series of events, also with Ayelet and Michael and Breaking the Silence folks and local authors, between June 18th-June 23rd – (more updates soon about locations and timing). There will also be plenty of social media updates about the project, with the hashtags #BtSWrites and #KingdomOfOlivesAndAsh.

And for those of you in Europe – there will likely be events there, as well, in July.

Also: You can order the book here!

The wall of oppression and suffering here is enormous, and seems to be growing taller and thicker as the days and months pass. (Mr. Trump is planning to visit here in late May…).
And yet, perhaps, this book might be yet another tiny chip in its foundation. So, to paraphrase the poet Mary Oliver, then: may this book be a tiny chip in the wall, tiny but useful.