As reported on +972 Magazine, last week a number of Israeli and international women took part in a symbolic action intended to highlight the Israeli policy of segregation on H2’s infamous Shuhada street. Shuhada street has been closed off to Palestinians since 2001, despite an Israeli Supreme Court ruling that mandated its opening. In an effort to illustrate the absurdity of the street’s segregation, a group of international and Israeli women decided to dress as Palestinian women and to simply walk onto the forbidden pavement, brandishing their passports-of-privilege, with the [correct] assumption that they would be arrested simply for “looking Palestinian.” On a public street. In the middle of Occupied Palestine. Below are a number of pictures taken during the action by my friend Irene Nasser:

The women begin their walk on Shuhada Street. 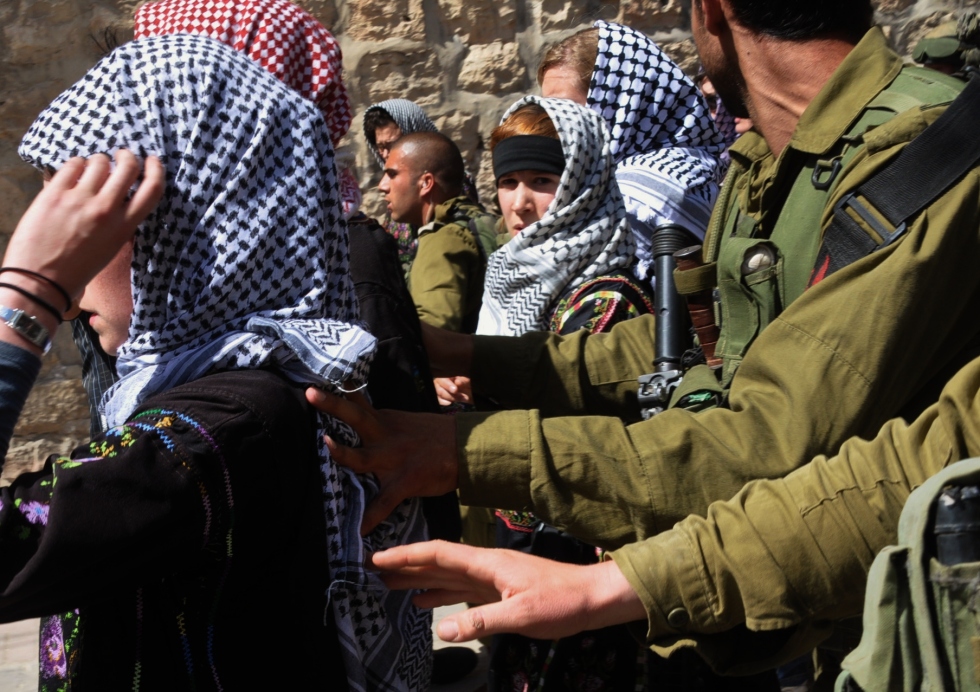 Almost immediately, they are confronted by IDF soldiers who tell them to leave the street and begin to push them out.

At the same time, some of the women are yelled at and taunted by Jewish settlers.

As they are being escorted out, some of the women are treated roughly and pushed by the soldiers. 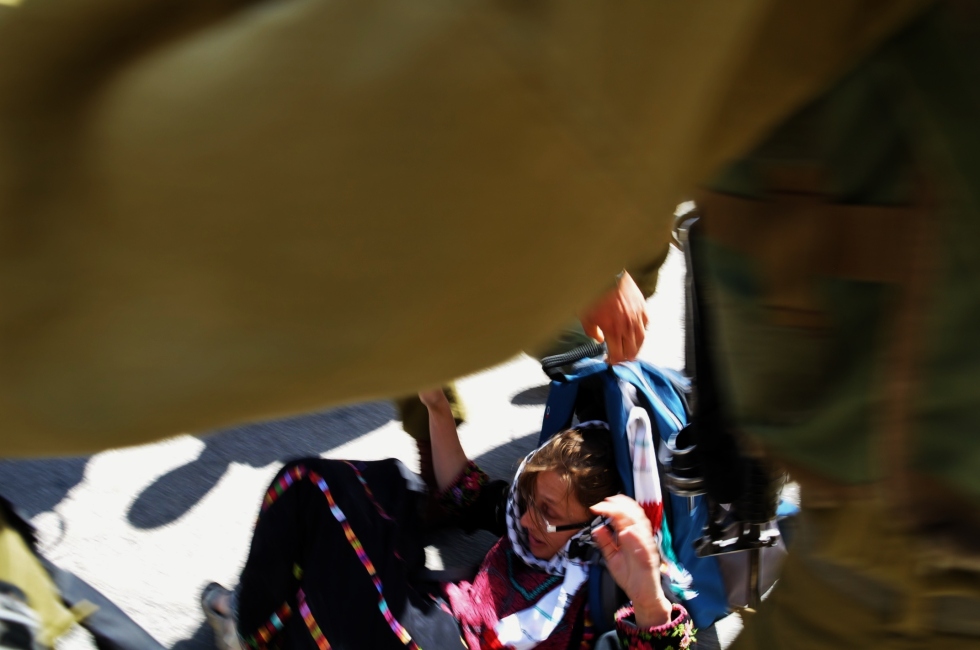 All in all, three of the women were arrested as a result of their nonviolent action of walking on a street, dressed as Palestnians.

All of the women who were arrested were later released; however, Palestinian nonviolent activist and leader, Issa Amro, was arrested later the same day on his way to a conference in Italy, and detained in the Hebron police station, “where he was interrogated for hours on suspicion of involvement in organizing” the action. He was released today.

A word on the action: Stunning. Women’s actions like this, done with dignity, and in the spirit of nonviolenct power, are- must be- the answer to the hyper-masculine dynamics of war and nationalism. When the women’s revolution comes- and perhaps it is already on its way- we men will need to recognize that we can in solidarity, to photograph, to write, to support, but also that we will need to stand aside.

A word on the reaction: Absurd. If this does not show how Israeli forces are trained to react to nonviolence (aggressively, and even violently), I can not imagine what would.