I arrive at the Bima Square for what I pray will be the last Tel Aviv demonstration against the ongoing “Operation Protective Edge.” I am told by a smug looking police officer that “there will be no demonstration at all.” I ask why not. He says: “The police won’t allow it.”

There is confusion, milling about, some protestors go home. But this demonstration is not an act for cameras, yelling when they are rolling and quiet when they are shut. People here are angry and sad. A crowd begins to assemble behind the Bima and chants begin: “Enough killing, enough bereavement, enough occupation.” And: “Jews and Arabs refuse to be enemies.” Police arrive on horseback.

I go towards the center of the demonstration, and am pulled away by my neck by by a police officer. He is doing what he is told to do, but there is something in the force of his actions that tells me that he has arrived at the stage in which violence-adrenaline and emotions have taken over. I wrench myself out of his grasp and step away. I see another demonstrator held by three policemen, and I hear them tell him he’s under arrest. 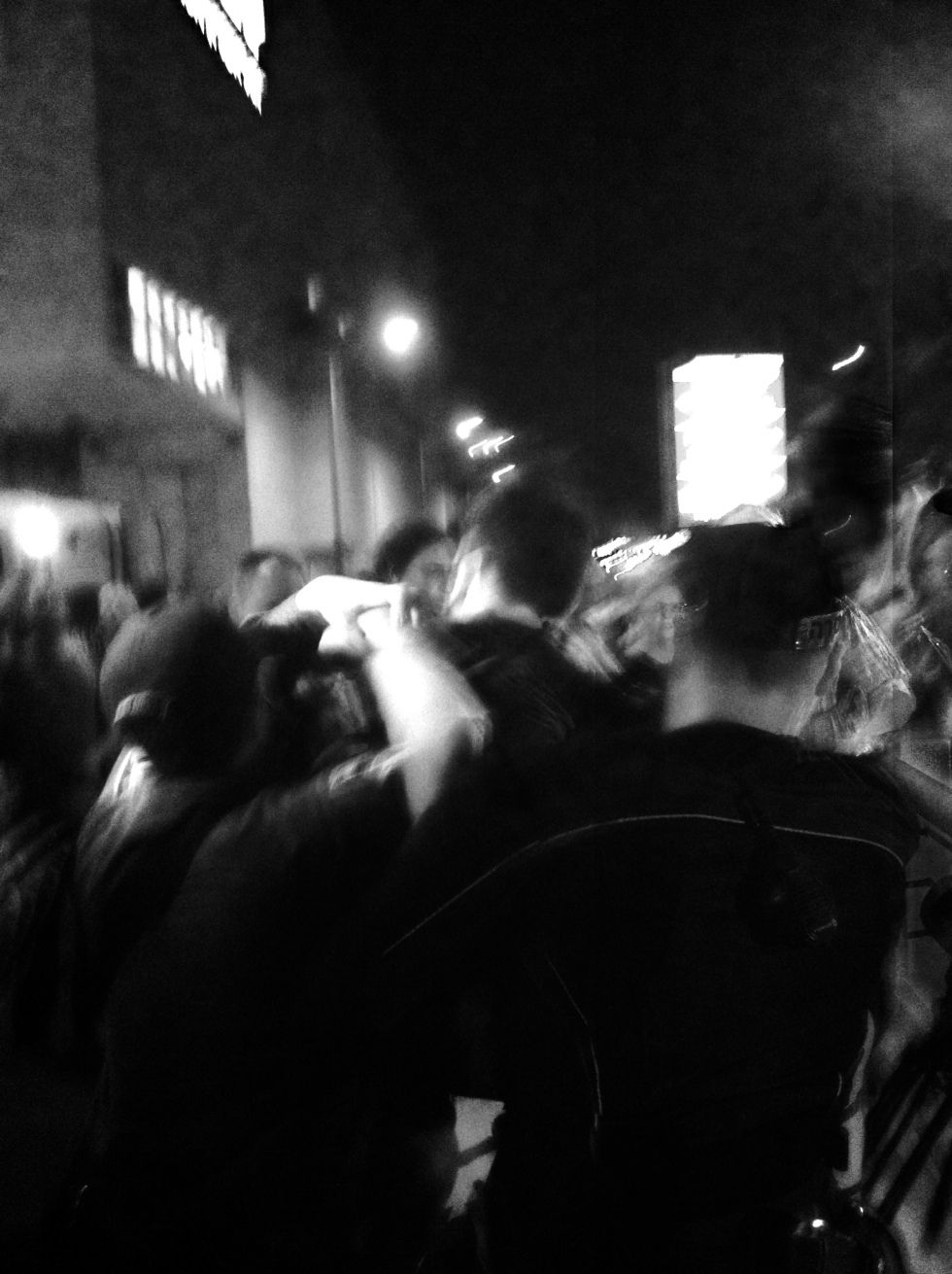 The police begin to herd the crowd out the back. The are pushing and yelling. Some people are scared, others calmer. 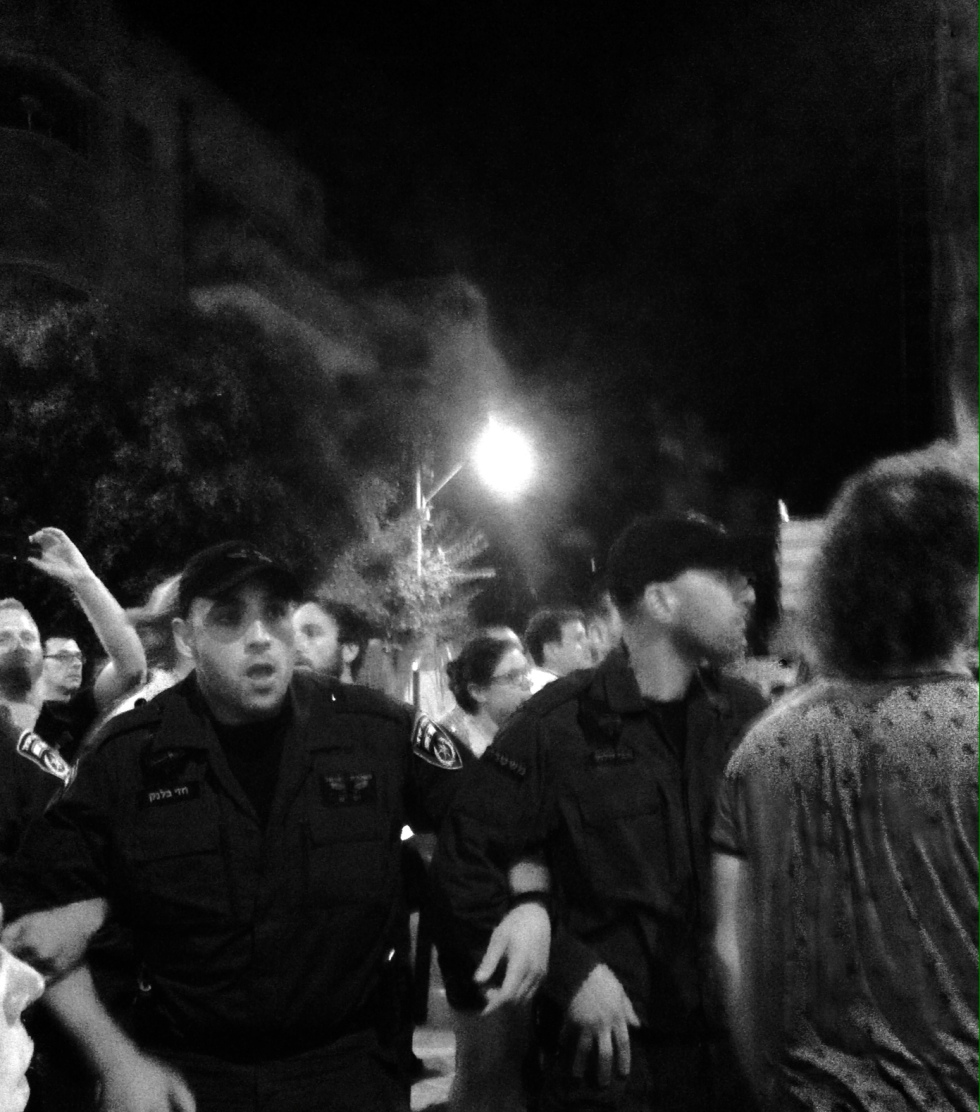 The result (and what I have to assume was an unintended consequence) is that what had been intended as a sedentary vigil has just turned into an active march through the streets of central Tel Aviv. 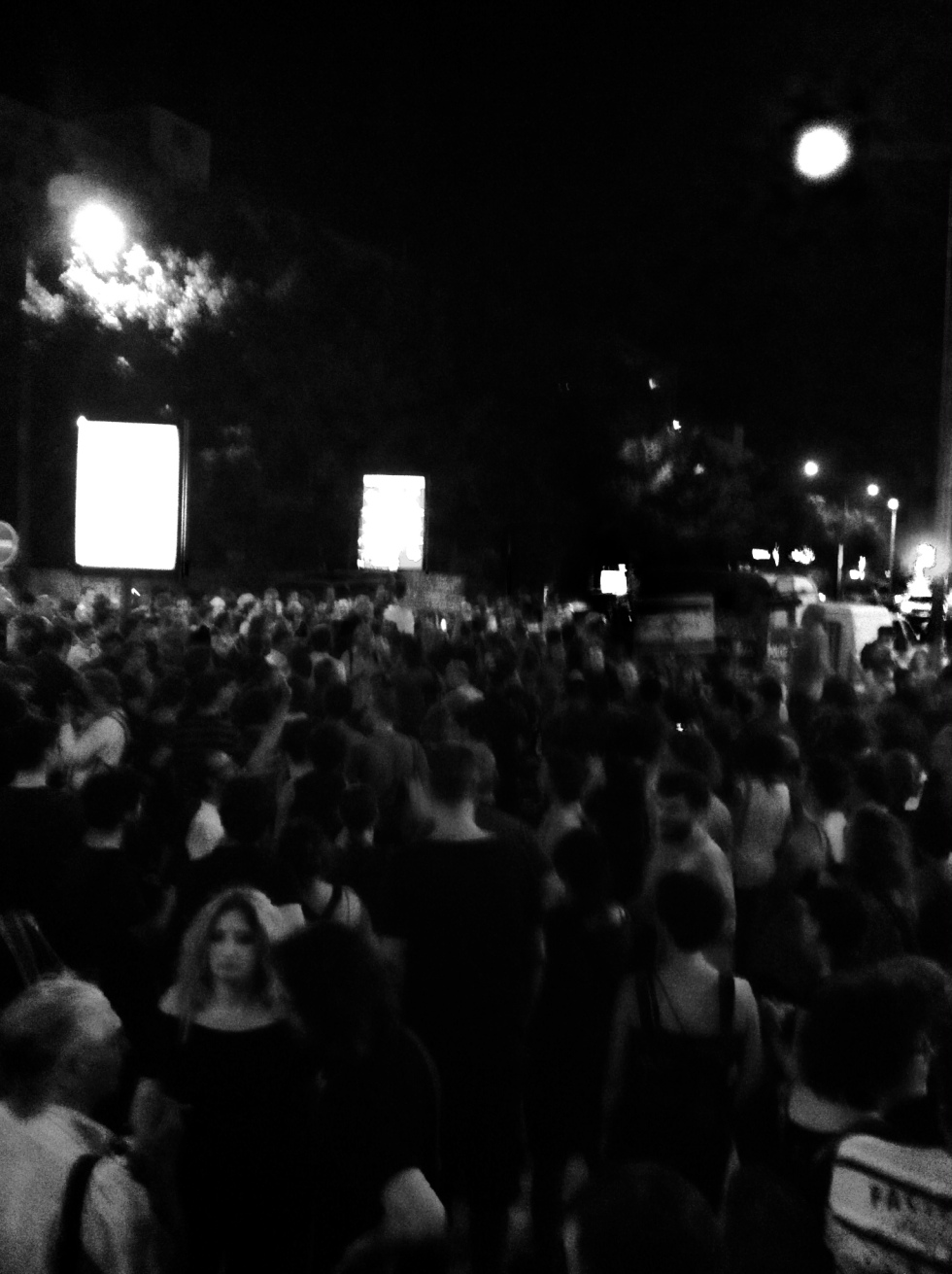 A few paces ahead of me, a young marcher is wearing a kippah. I remember when I used to wear mine, and feel a rush of sadness- and pride that there are still people like him who are stronger than the contradictions. Who don’t think they’re contradictions. They’re not. 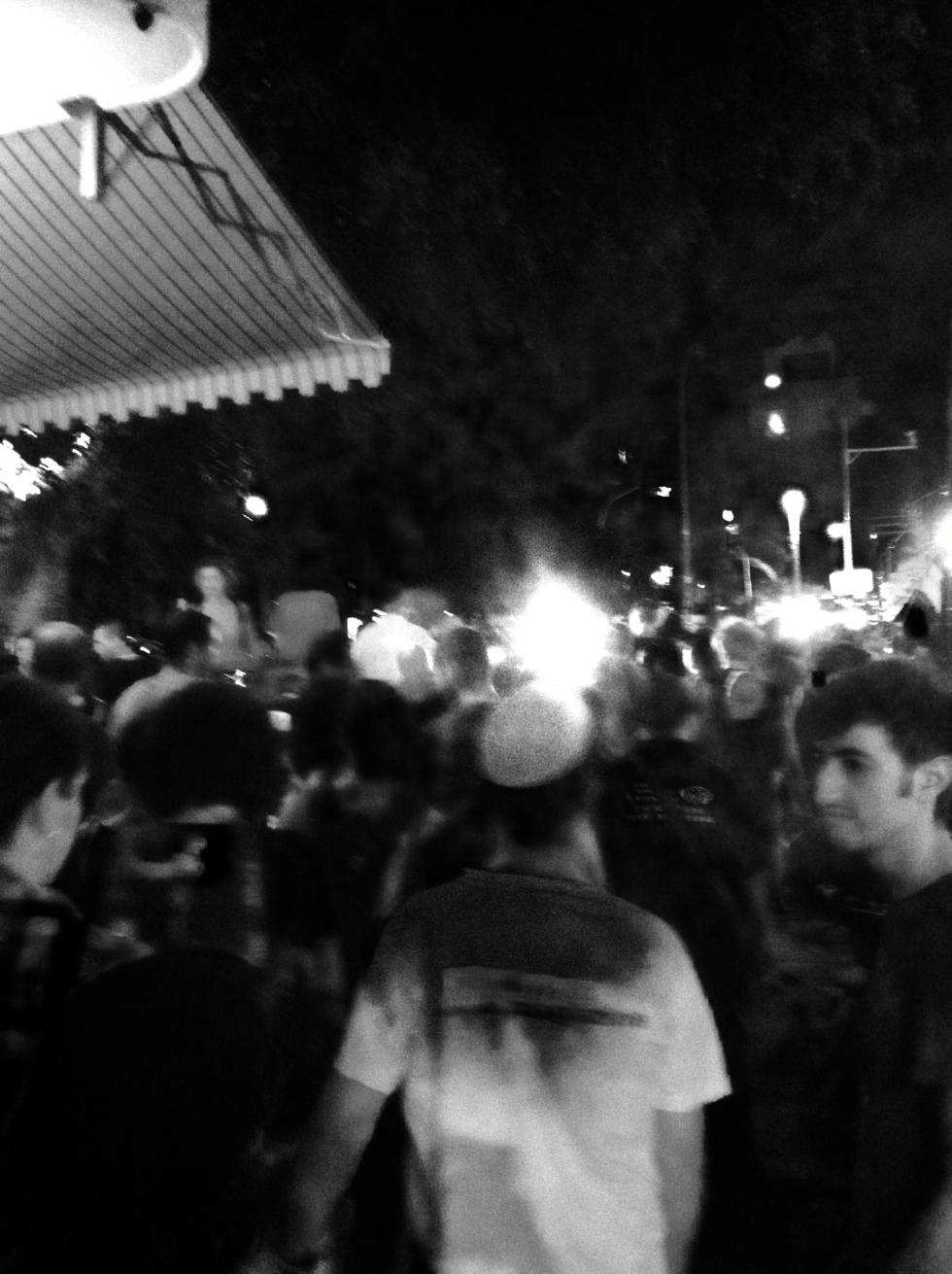 Chants range from “End the killing” to “First of all, first of all, the Occupation must fall” and “We’ve had enough/of Bibi and Hamas.” 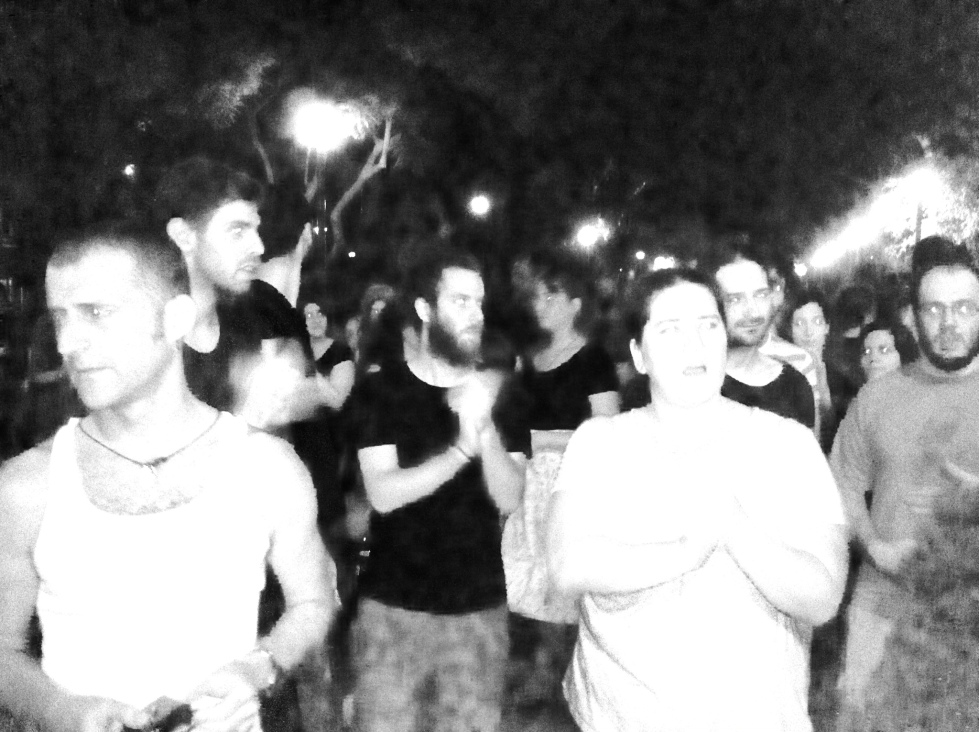 [Update, August 3rd, 7:50 AM: According to Haggai Matar on Sikha Mekomit (Hebrew), 13 others were arrested last night, in addition to the man I arrested next to me].