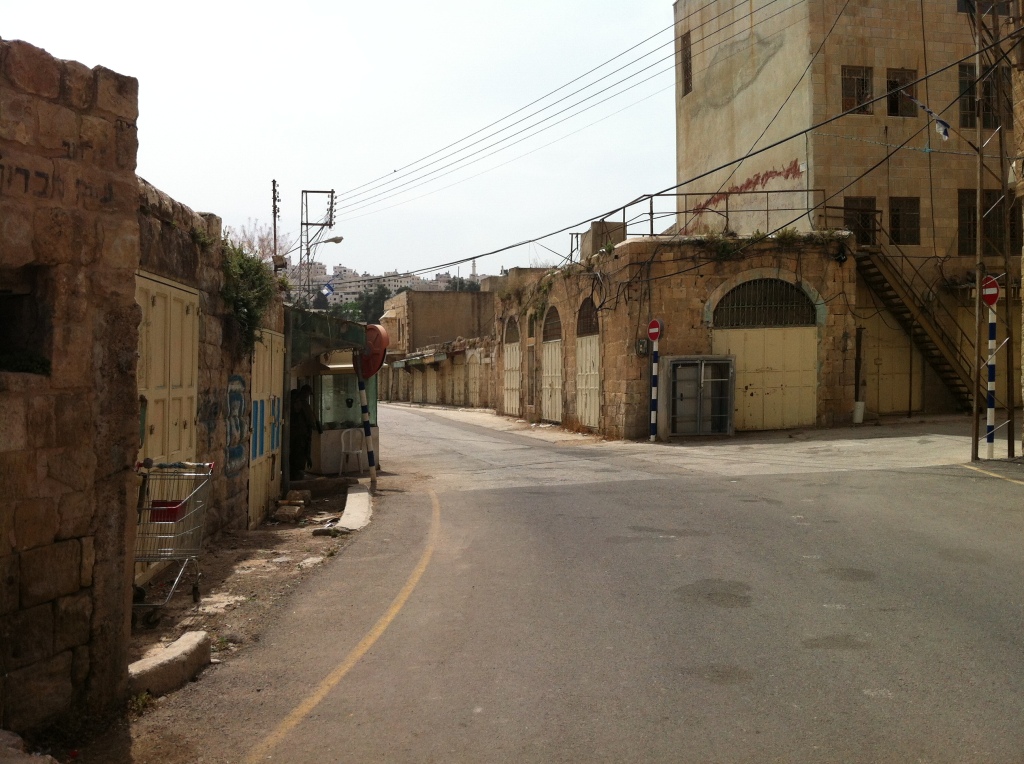 I was in Hebron today.

I talked with a man who had lost his eye to a rock thrown by a settler. He took out the replacement to show to us. Then his brother said something about his teeth, and I didn’t understand, so he took out his teeth, also, to show us. They had all been destroyed when he was beaten by soldiers. I started crying while translating him from Arabic to English, but then stopped myself, remembering what another Palestinian activist had told a group I was with some months ago: “We don’t need tears, we have enough of that from tear gas. We need action.”

I passed a soldier who barely looked 18. He had a sweet round face, and eyes that I thought were saying “I don’t want to be here,” but I can’t be sure. I am sure that I didn’t want him to be there.

I met a settler from Manipur, India, who said that things here are much calmer than things were back there. He had bright brown eyes and a scraggly beard and a big smile.

I spoke to a boy, 10 years-old, with shy eyes and pointy ears and a quivery voice, and he told us about being arrested, and blindfolded, and how the soldiers kicked the chair he was sitting on, and how he has been afraid to leave his house since.