Tonight I went to an event organized by Breaking the Silence. People read testimonies from Gaza. The first testimony told about how, during Cast Led, three civilians were killed in a mission. The commander said: “The mission was not perfect, but the important thing is that we got it done.” My friend Avner Gvaryahu asked me to read one. It was from 2006. The soldier in whose voice I spoke talked about maintaining the blockade, and shooting at the legs of four year-old children of fisherman on the coast. As I was reading, someone started yelling: What about the children in Sderot? You are a traitor. I stumbled over the words, but kept reading. The final line was: “We saw pictures, and in the pictures, the children were crying.” I got down from the stage and my hands were shaking. 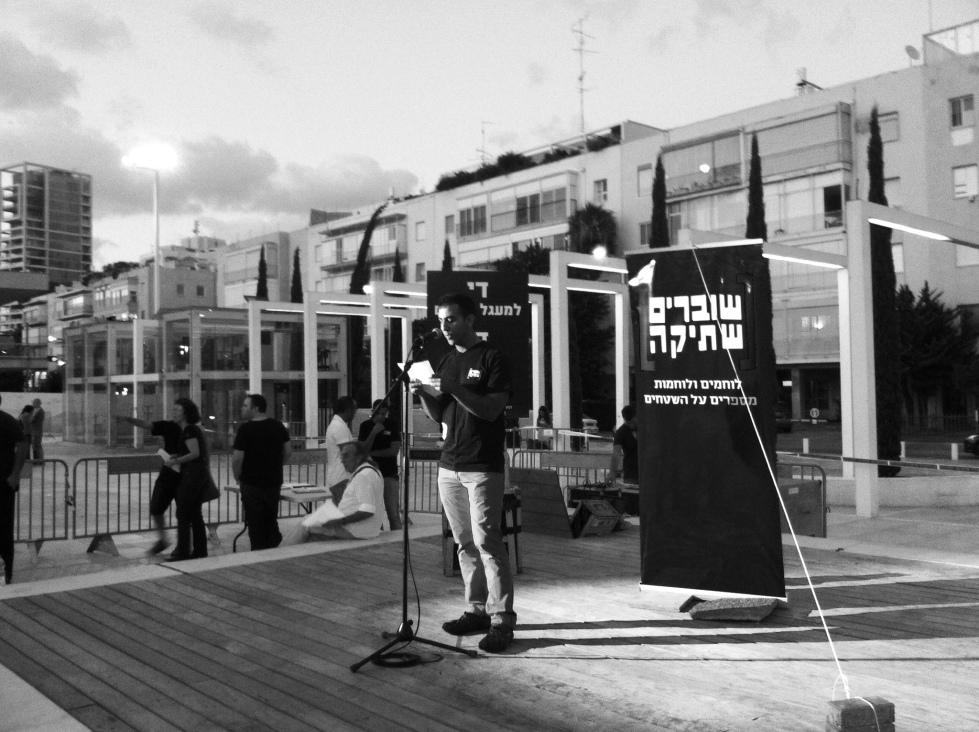 Soon the rest of the right-wing protestors arrived. At the forefront was a trifecta of famous fascists: Itamar Ben Gvir, Baruch Marzel and Michael Ben Ari. Around them, people screamed: Go to Gaza! I hope a missile falls on you traitors! You are descendants of the Kapos!

They were wearing yarmulkehs. But there was another person I saw wearing a yarmulkeh: Uriel Ferera, the young, Orthodox refusenik who is currently spending time in Israeli military jail because of his opposition to the occupation. We’d corresponded, but this was the first time we’d met. We hugged. He was here on his weekend off, in between jail-stints, to protest. 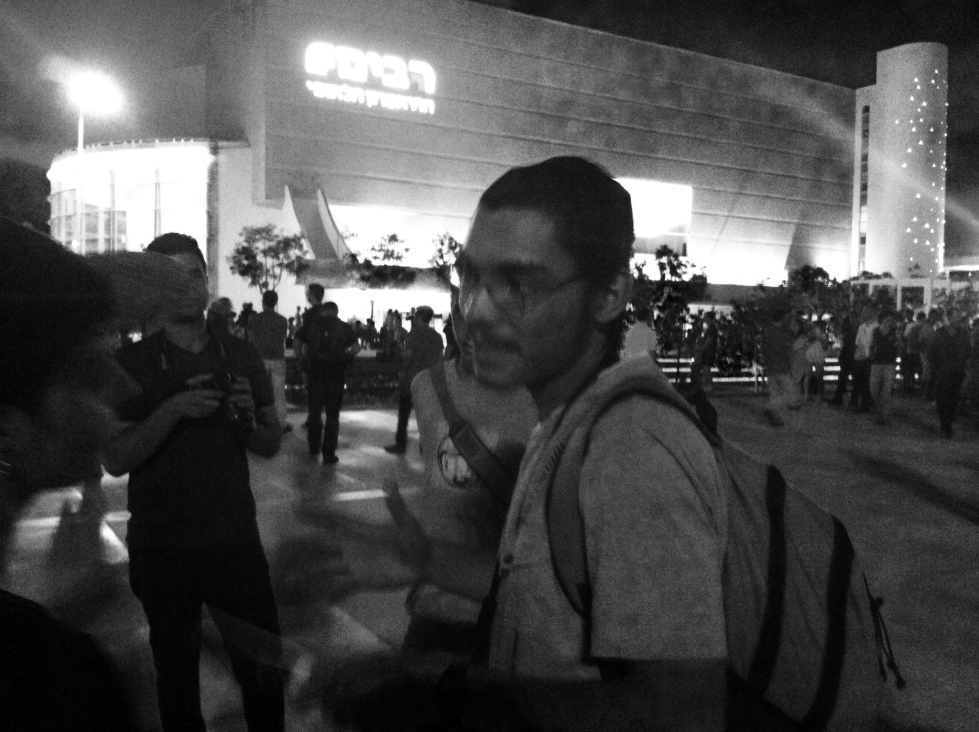 And he was not the only one. There were, from what I could estimate from my tall friend’s shoulders, at least 1,500 people gathered to hear the testimonies and open their eyes to this war. 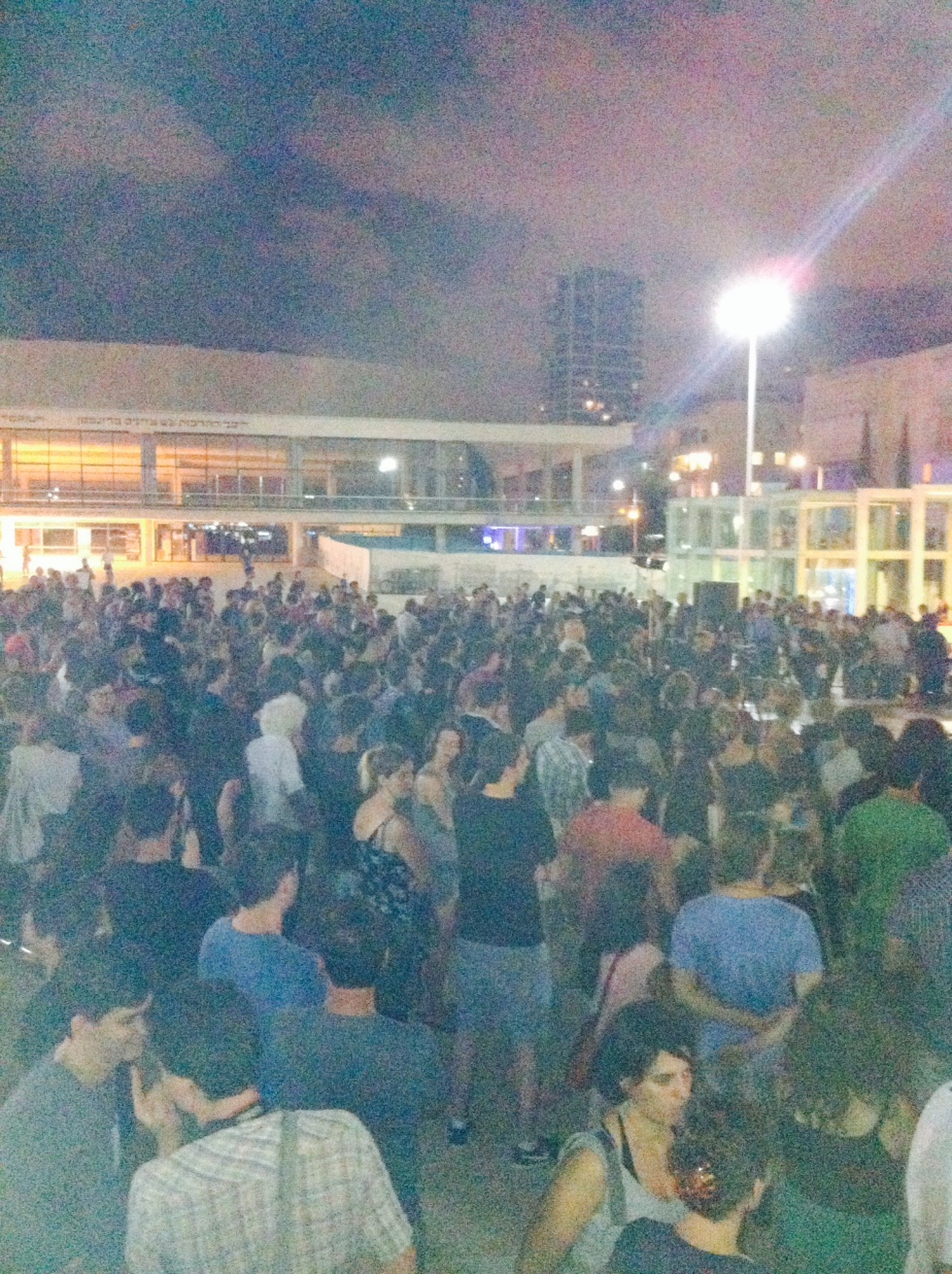 The opposition protest swelled to around 200, and this time, unlike last week, they were cordoned off and separated by police officers. The were really scary and really angry and really young and really seemed like they would like to do violence to us. One who squeezed through the police line began yelling, “I hope you all die! I want you leftists to die more than I want the Arabs to die!” A young woman standing next to me murmurs, “And what if I am a leftist and an Arab? Double death?” 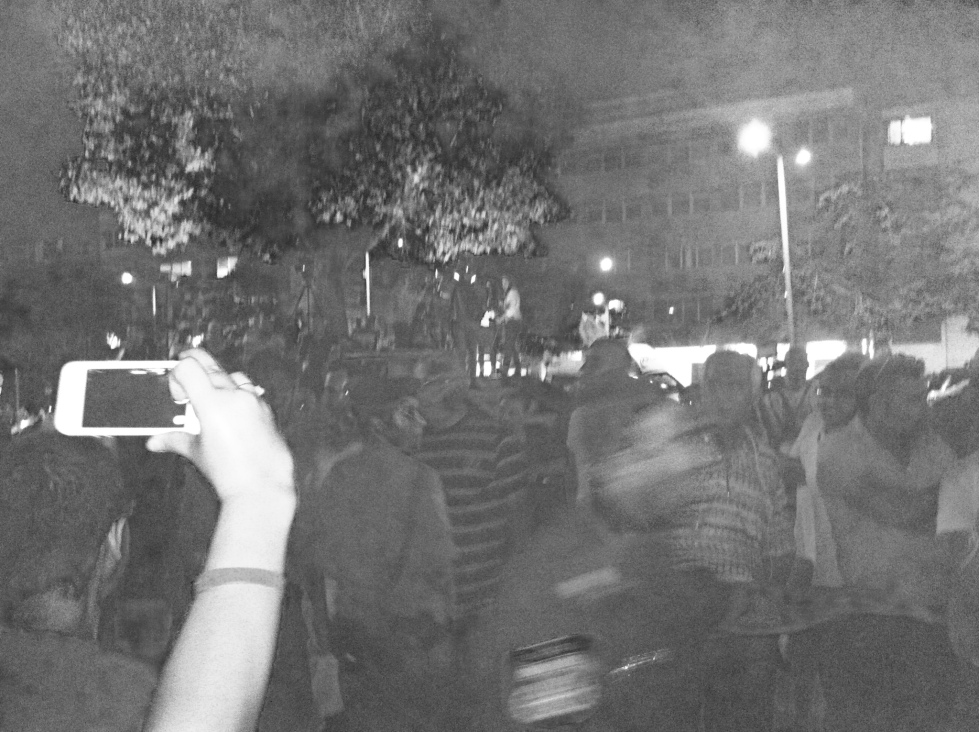 A man stood, with a sign, quietly. His sign read: Not in my name. End the occupation. End the terror. End the killing. 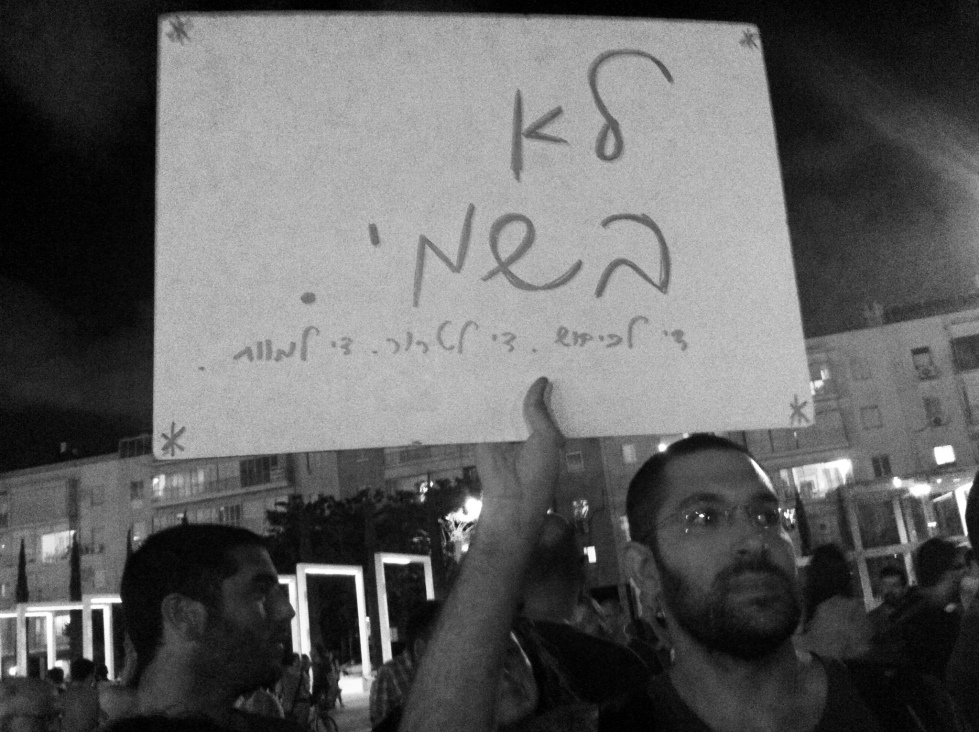 And then the siren went off. Chaos. People from both demonstrations ran to find cover. A few of us stayed by a grassy knoll. A woman asked us for a lighter. None of us smoked. Someone yelled, “I’m from Ashkelon! Death to Arabs!” We decided to go forward with a campaign a few of us had thought of, and change a few street signs. The timing felt wrong and right and odd. Everything was swirling and confusing. 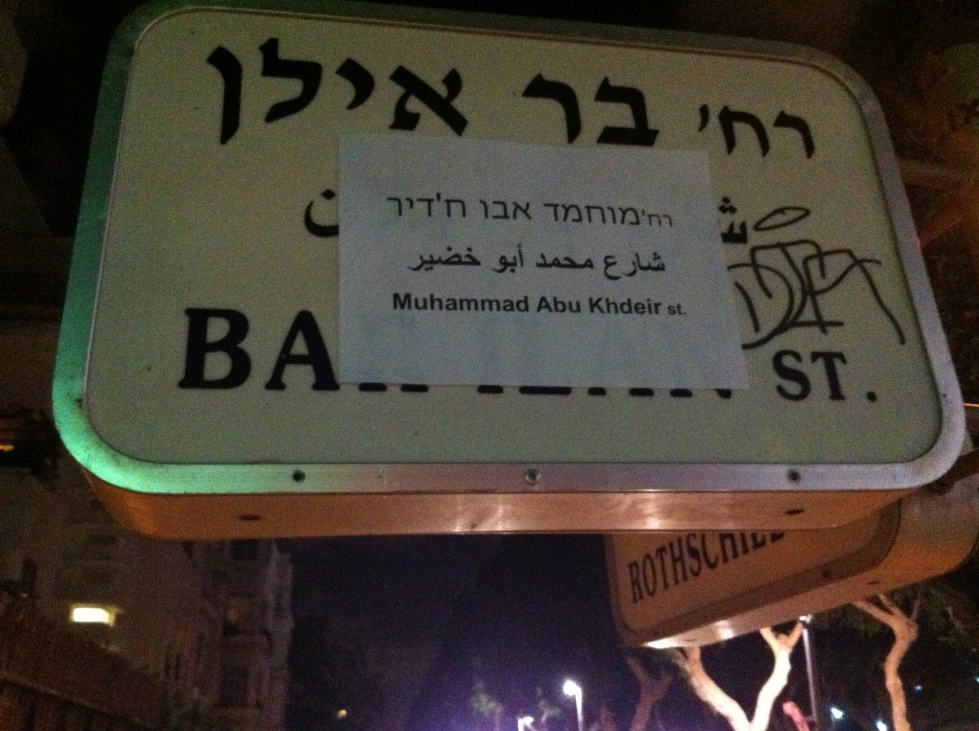 Almost as soon as we put this one up, a man ripped it down, and began following us. We stopped to let him pass. He crumpled the paper and threw it as us: “Take your garbage, stinking leftists.” On the back of his neck was tattooed the word “Skinhead.” He had some hair.

It was time to go home. We get on the Sherut, and our phones had begun buzzing: Israeli tanks are rolling into central Gaza. As I arrive home, in South Tel Aviv, the owner of the shop on the corner is kneeling on his prayer rug to pray in the grass. The night is sweat and cracked stars and dust.