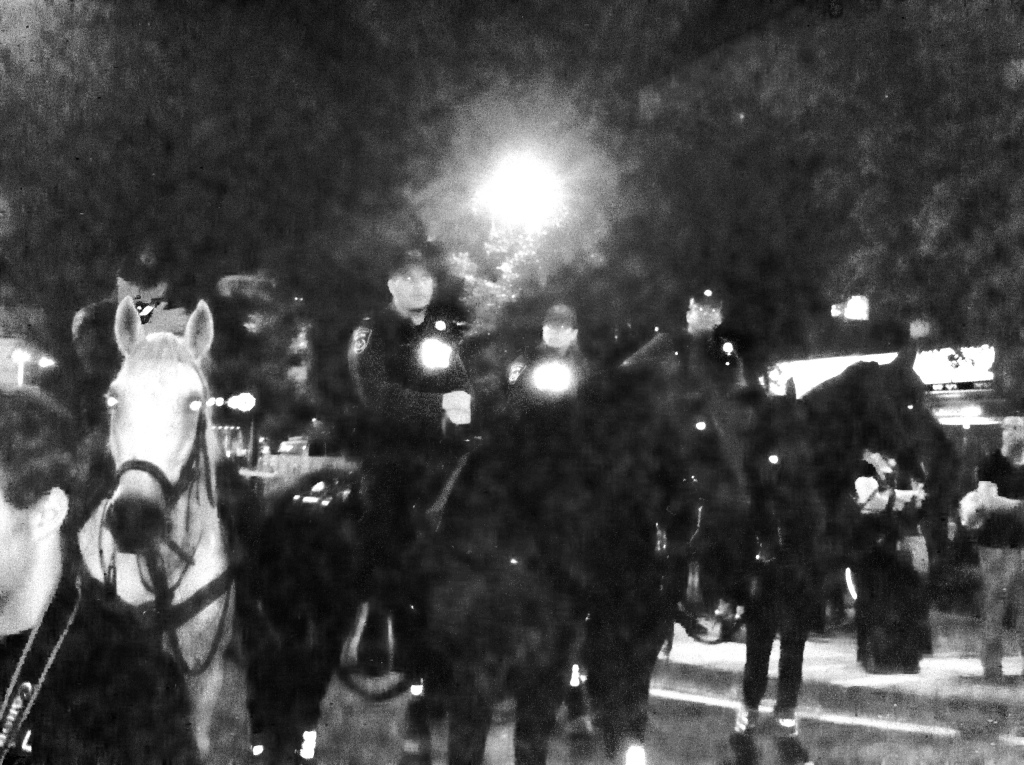 [Excerpt of an interview given to Mya Guarnieri, writing for Al Jazeera English, called “Israel cracks down on anti-war protesters. Full article here].

Israeli police provide a security presence when Jewish-Israeli leftists protest against the war. But these activists are facing increasingly violent attacks from their countrymen.

Moriel Rothman-Zecher attended Tel Aviv’s most recent demonstration against the ongoing Israeli operation in Gaza, which drew approximately 5,000 protesters. There were only a few hundred right-wing counter-demonstrators, Rothman-Zecher told Al Jazeera, “but they were really, really energetic”.

Israeli police stood between the two groups, preventing any potential clashes, but when the protest ended, right-wingers confronted the anti-war protesters on the street. They shouted at the demonstrators, calling them “smelly traitors”. A counter-protester who was carrying an Israeli flag began to beat someone with the flagstick, while another started hitting an anti-war protester on the head with a crutch.

Rothman-Zecher said that the right wing “desire for violence” is not new. “But there’s a new level of acceptability,” he said.

He used the Jerusalem Day protests – when right wing Israelis march to mark the “reunification” of the city – as an example. In the past, it “was nationalistic and aggressive” but leftists would be shocked to hear right wingers openly chant “Death to the Arabs”, Rothman-Zecher said. “It was under the surface but it was still surprising. Now it’s become the baseline.”

Although no one is organising the counter-demonstrations – and Rothman-Zecher pointed out that they tend to come from poor, marginalised communities – he argued that Israeli leaders are responsible for right wing violence.

“When the leaders of the country call openly for revenge and violence, of course it becomes kosher,” he said. He added: “You have members of Knesset calling for population transfer, [a former] member of Knesset [boasting] that [he] killed Arabs… I believe very strongly that discourse shapes reality.”

[Read the rest of the article: It’s well-written, and focuses primarily on the more severe and less novel forms of crackdown, ie., the against publicly anti-war Palestinian citizens of Israel].