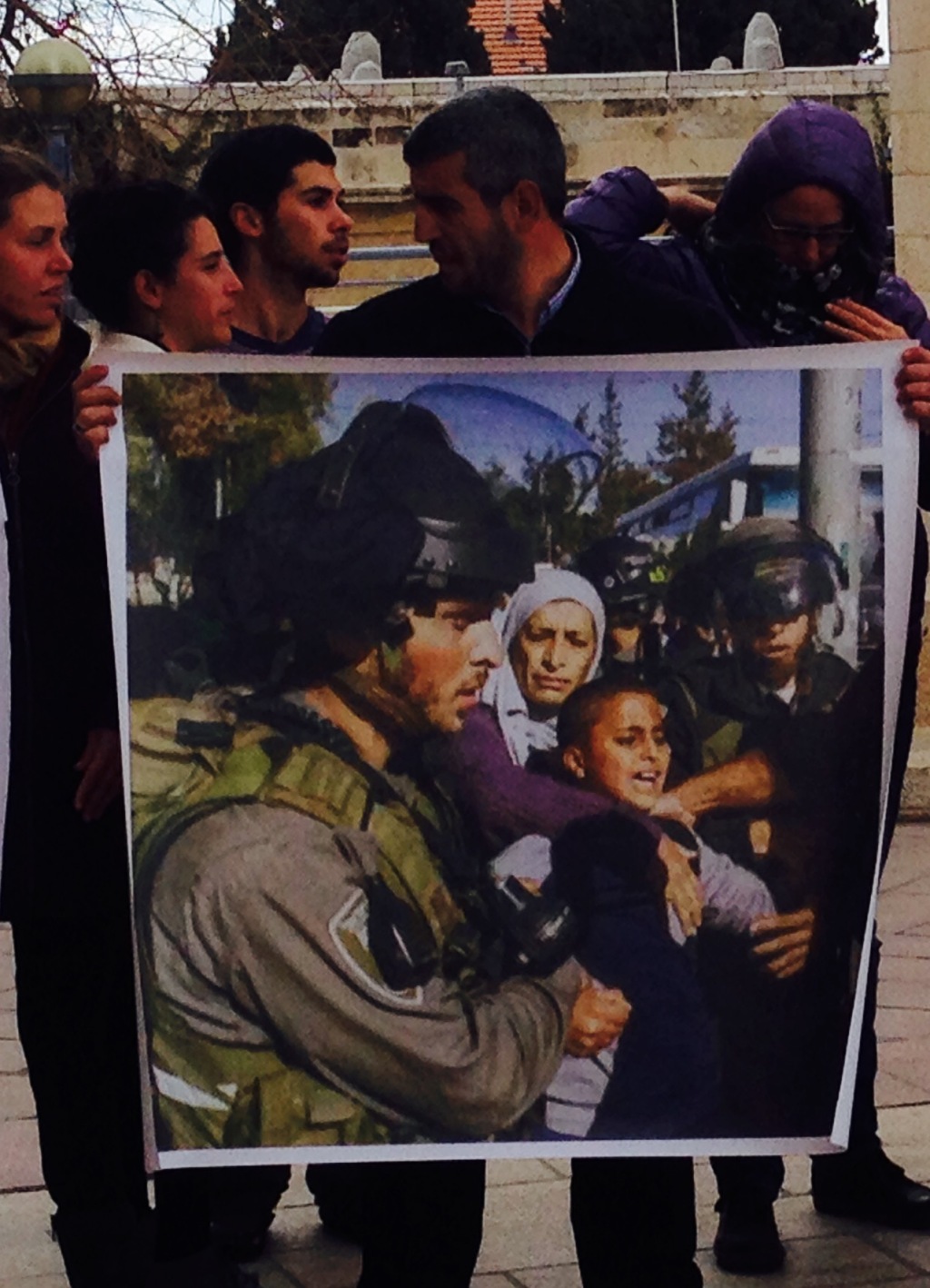 This morning, at 11:00 AM, around 60 or 70 Jerusalemites – Palestinian and Israeli – gathered outside the Jerusalem Municipality’s office in West Jerusalem to protest the practice of children’s arrests in East Jerusalem. 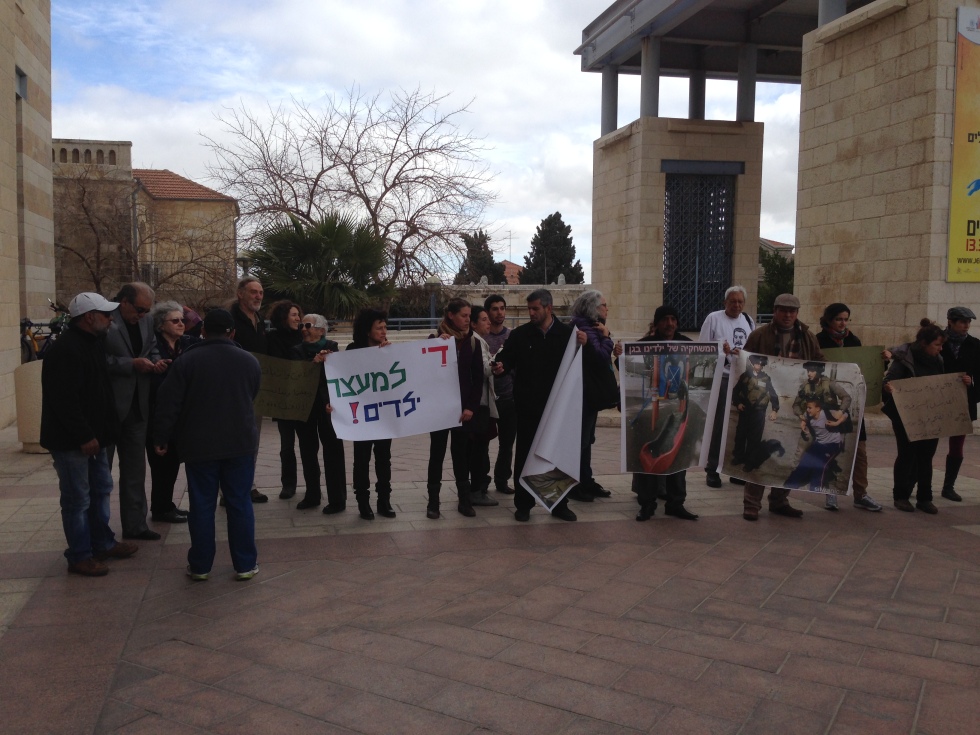 The demonstration began with a silent vigil, simple signs with simple messages: No to children’s arrests. The practice of arresting children is a horrific phenomenon that should be a last resort in extreme circumstances, not a central facet of policy wielded collectively against an entire population. 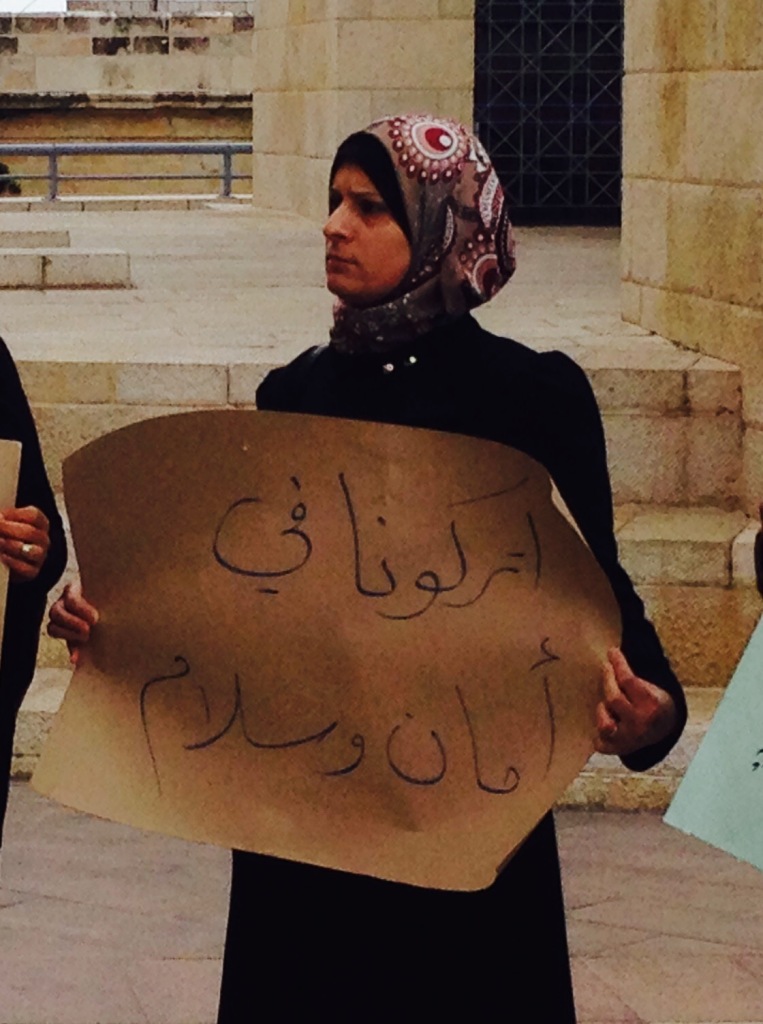 “Leave us in peace and security.”

The demonstration then grew in size and picked up momentum with the activist drummers from the Yassamba group.

All in all, it looked like there were around 60 or 70 activists at the demonstration, which is really solid for a Sunday morning.

There were no significant confrontations, except for a few guys holding Israeli flags and yelling that everyone here should “turn in their Identity Card and move to Syria.” 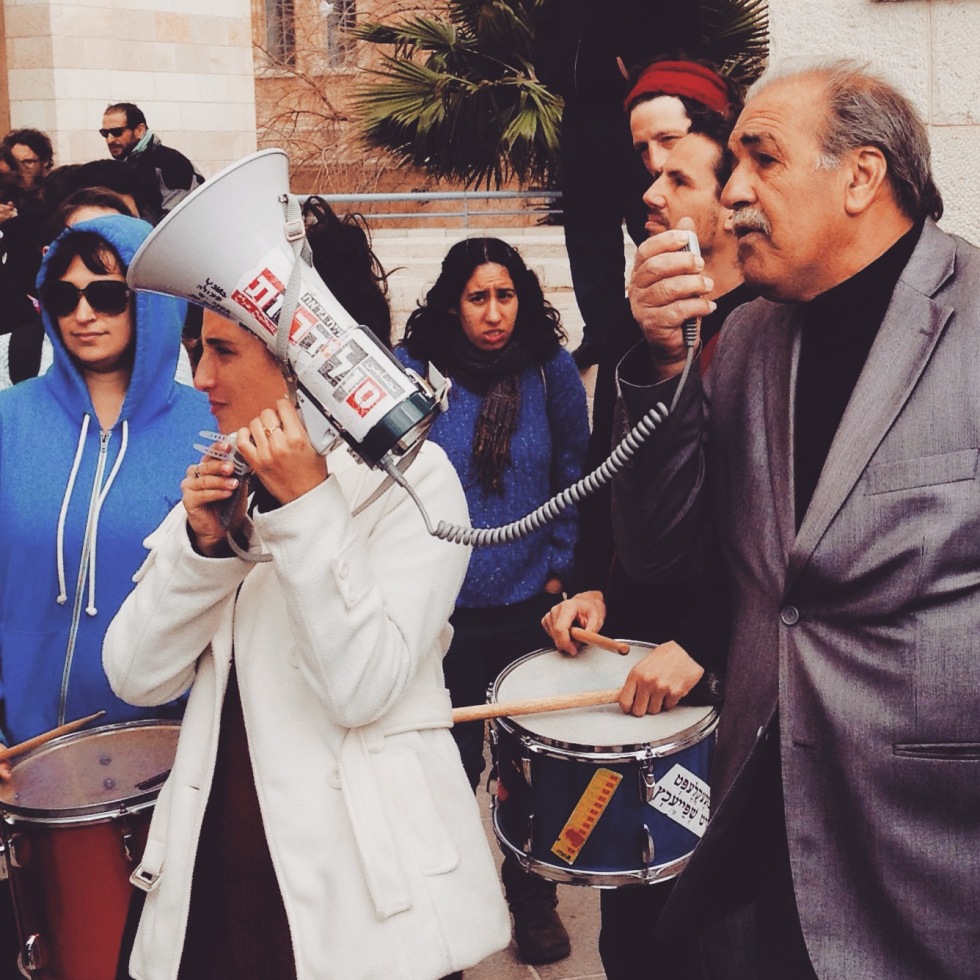 The final speaker was a man named Khader from the Parents Committee in A-Tur. His message was simple also: “”We don’t want to see police and soldiers outside of our children’s schools in A-Tur and all over East Jerusalem.”

This action followed on the heel’s of Friday’s tour to the South Hebron Hills and a panel earlier this month about children’s arrests at a bar in West Jerusalem. There will be another activist panel next Sunday, February 22nd, about issues related to housing in East Jerusalem, and more demonstrations and actions to come. I’ll update regularly Twitter @Moriel_RZ, and if anyone wants to be added to the mailing list for events, drop me a line by email.