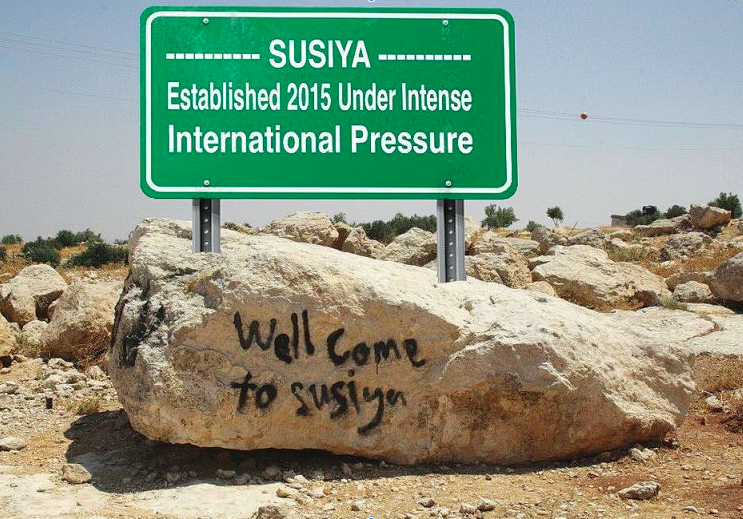 There is no way to justify the demolition of Susiya except by justifying bigotry and oppression. None.

The right wing knows this. They know that the real reasons for Susiya’s pending demolition — occupation, racism, settlement expansion, bigotry — can’t be articulated forthright. But they are stuck. Their general go-to trump card, “Security,” is completely inapplicable. So what do they do?

They publish the narrative in mainstream and widely read newspapers.

They get their buddies in high-ranking government positions to echo that narrative.

There are, in my estimation, two basic ways in which we, folks who recognize the pending demolition of Susiya for what it is — a moral, political and ethical travesty — and see this struggle in similar terms to those framed by Nasser Nawaja in the New York Times, “simply a story of justice and equality against dispossession and oppression,” can respond to these claims.

We can dig and scramble and scrabble and scrubble and say, “No, no, no, Susiya is real,” and we can present first-person testimonies and old photos and our own convoluted series of legal documents. But if it hasn’t yet become clear, I don’t think that this is a good or viable option, and will explain through explaining Option 2.

We can say: ‘Let’s imagine, for just a moment, that this is a struggle not between Palestinians and the Israeli regime, but, say, between Jews and the Soviet Regime. Let’s test out what the essence of your argument sounds like:

The Jews are liars. They have deceived the world. Their narrative is a false one. They are media-savvy and sneaky. Their plight is not a real plight, but rather a scheme, a scam, a con designed to wound us, the real victims, the Soviet Union.

And that is basically what it is. Only here, Palestinian Susiya (as I have poem-argued before) more closely resembles the Jews of the past than the Israeli armored bulldozers do.

So, here’s my suggestion.

Just like we would not think to respond to a claim that “The Mossad was responsible for 9-11” by bringing sources that proved that the Mossad was not responsible for 9-11, or a claim that “Jews caused the financial crisis” by bringing articles about how “Jews didn’t cause the financial crisis,” let us not grant the right wing’s narrative desperation — and they are desperate, even though they are powerful: their power wielded against Susiya lacks even a shred of legitimacy, and the “Susiya doesn’t exist” narrative is an attempt to reverse that — any more space than we would other forms of bigotry that we are perhaps more familiar with.

So, my suggestion for a response to Option 2 is: