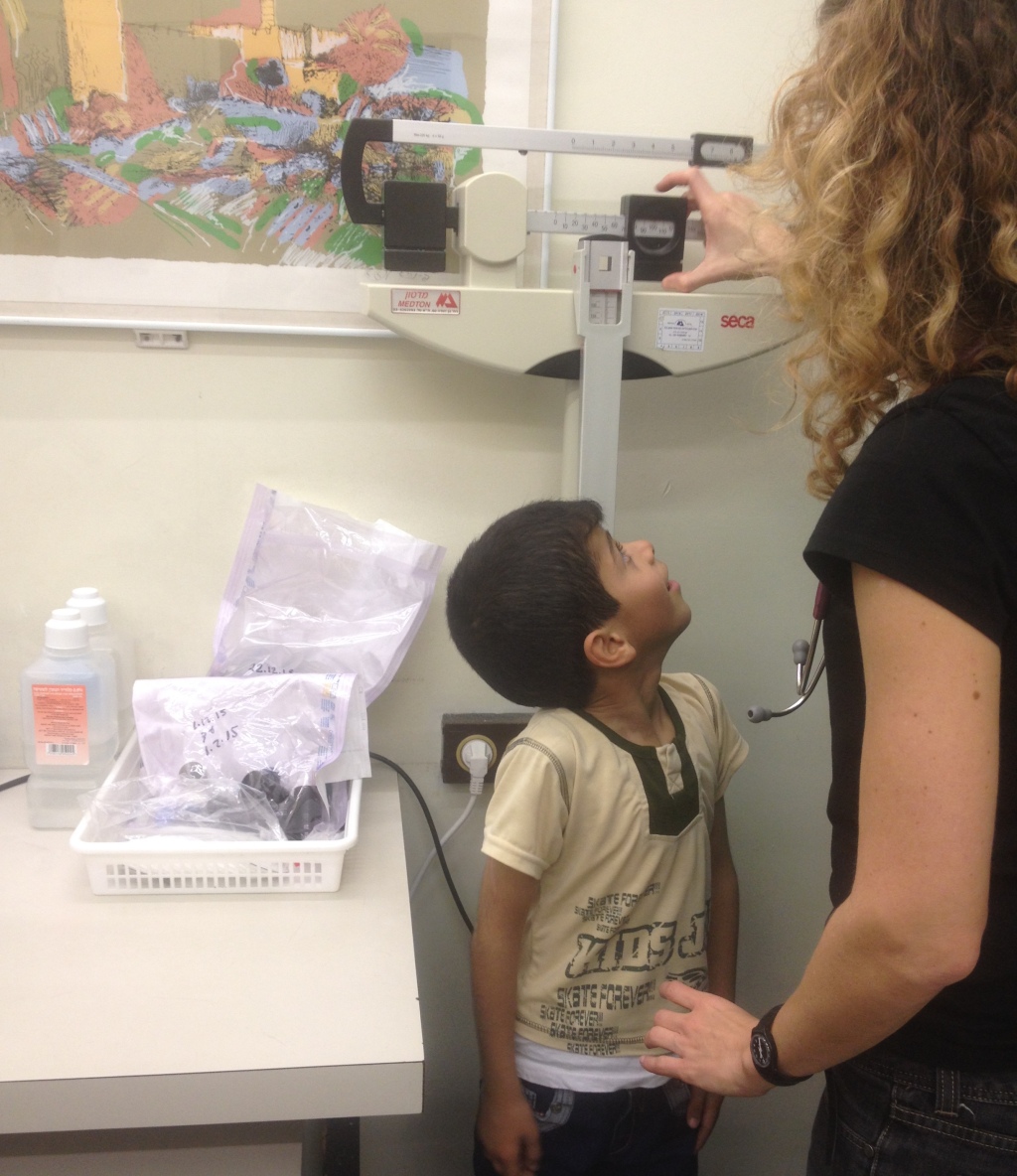 So, a bunch of you were aware of (and perhaps even helped out with) the campaign to raise funds for 6 year-old Abdallah Abu Kash this past May 2015 (which was a deeply moving and largely successful endeavor) and I just wanted to quickly update on how the little guy is doing. So, either I or another Israeli friend/volunteer have seen him three times since that first appointment in May, including yesterday (pictured above), when he’s come to Tel Aviv for further testing and treatment. As it stands right now, Abdallah is doing pretty well- there hasn’t been a conclusive diagnosis, but the doctors are continuing to treat the symptoms and check up on him semi-regularly, with the ultimate hope being that, as long as he stays healthy, his body will develop as it should, and his lung issues will decrease and eventually, inshallah, go away. In the meantime, he is growing, a bit, and is already an entirely amazing and awesome kid.