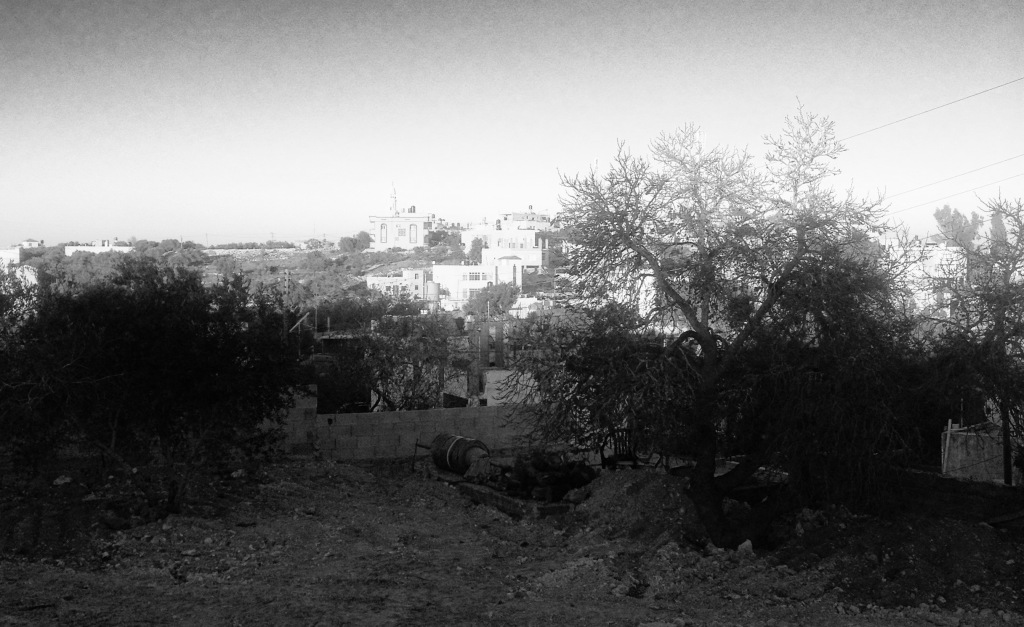 I spent today with a group of Diaspora Jews in the Ofer Military Court and Nabi Saleh. The former was all dreary awfulness, a space filled with an invisible but palpable thick-sickly sludge of an absurdly unjust system that pretends to be just. The latter, though, contained a moment, a sharp-spark of Rightness, a bright flash of wisdom through the gray of these days.

The group met with Bassem and Nariman Tamimi, two of the central organizers of Nabi Saleh’s nonviolent* struggle against the occupation. Bassem spoke eloquently and provocatively about his desire for a one state solution in which every person is treated equally, his belief that resistance to occupation is both the duty and the destiny of the Palestinian people, and his conviction that the Palestinians were punished for the crimes that Europe committed against the Jews. But it was Nariman whose comments made me sit up straight in my chair. A question arose about Palestinian nonviolence, as it often does.

“I want to turn the question back around,” she said. “I want to ask you a question about violence and nonviolence.”

Ten days ago, Nariman told us, was the the first time she was able to walk without crutches, after being shot with a live bullet in her leg a year ago. Two years before that, in 2012, her brother, Rushdie Tamimi, had been shot in the back with a live bullet and killed. [A subsequent probe by the IDF concluded that…  ”Israeli soldiers fired 80 bullets without justification causing the death of a Palestinian man [Rushdie Tamimi] shot in the back during clashes in the West Bank village of Nabi Saleh.”] The year before that, her cousin, Mustafa Tamimi, had been shot in the face at close range with a tear gas canister, while throwing a stone at an armored jeep. The canister had ruptured his eye, and his brain, and he died from his injuries soon after.

“I went with him to the hospital,” Nariman said, “And I put my hands on his face, and felt his lips go cold as the life left his body.”

And those were only a few of the major events, Nariman clarified. There were also the regular arrests, the tear gas, the rubber bullets, the live bullets, the night raids into houses.

As we left, I went to thank Nariman and Bassem. Najih Tamimi, another member of the family, also joined the conversation, and mentioned the young girls who carried out the stabbing with a pair of scissors yesterday in the shuk, the ones who might have tried to stab me, if I’d gone where I normally go on 11AM on Mondays. Or maybe not. He said: “Do normal 14 year-old girls do such a thing? They would only do something like that if they felt like they were pushed into a corner, with no way out, no light. Not even a sliver. One of them was from a refugee camp, and her brother was killed last year.”

Nariman’s question reminded me of the Martin Luther King Jr. quote that isn’t generally taught in the textbooks:

”I knew that I could never again raise my voice against the violence of the oppressed in the ghettos without having first spoken clearly to the greatest purveyor of violence in the world today: my own government.”

The words of these two practitioners of nonviolence from different ages and different contexts – Nariman Tamimi’s and MLK’s – contain a deep and crucial lesson. If we are to condemn the violence of the oppressed, we must first speak clearly toward the greatest purveyors of violence in each context. In ours, here, the greatest purveyor of violence is the Israeli State, its military, and the occupation it maintains at a staggering cost to all of us. 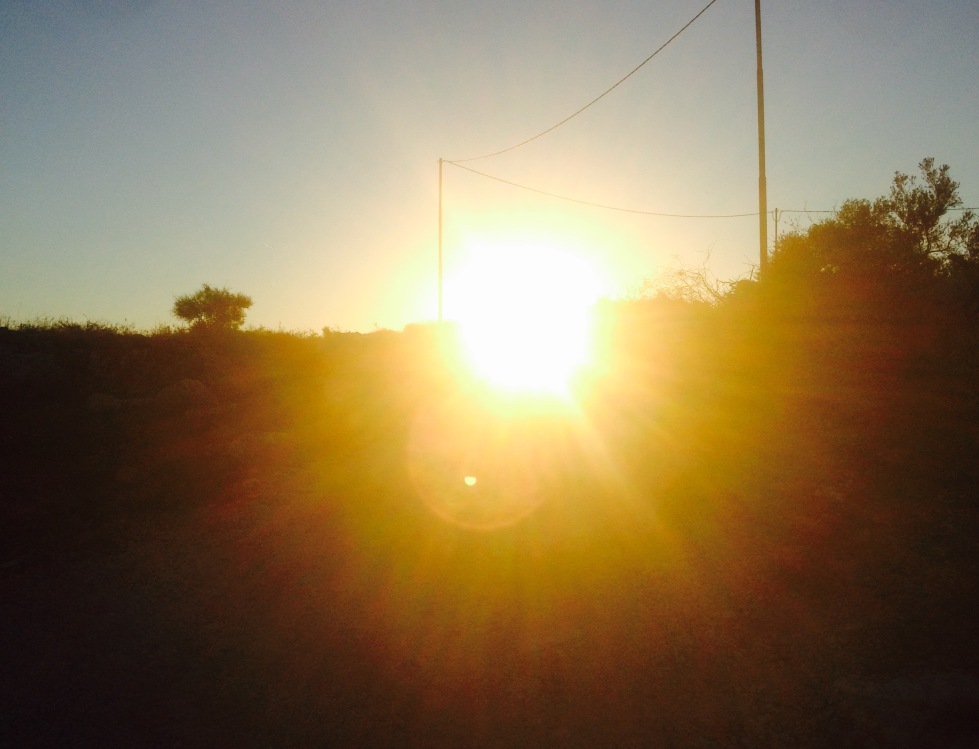