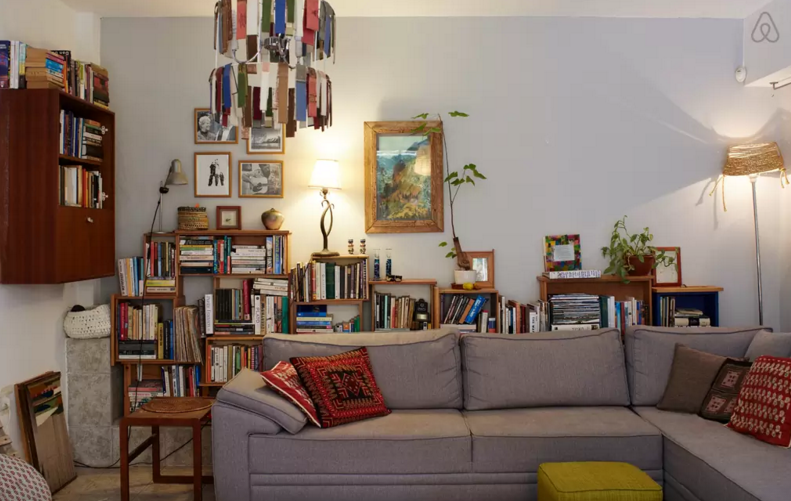 I am sure that before that, as a kid in Jerusalem and Haverford, I must have loved my home in an abstract, whelpy sort of way: it was where my food and bed and love was stored, after all. But I remember distinctly falling in love with my home when my family moved to our house at the end of President street in Yellow Springs, Ohio, on April Fool’s Day, 1998. I remember my brother Jesse and I scampering around the downstairs, awed by the big open spaces, pre-furniture, imagining all of the games we would play there. All of the games we did play there: ‘’Magical Lions” and ‘’Knights and Squires” and filming stop-motion videos with Andy and Abeo and Kumar and Carey. When we got a little older, we kept playing there: gathering in my room on Friday nights, after my family’s Shabbat dinners; playing chess with Nick over bowls of Trix cereal; huddling in the downstairs computer room and gazing at the Screen Saver after smoking a bowl or three out in the backyard.

Then there was my family’s rented house in Zikhron Ya’akov, toward the end of high school, which I didn’t know as well, but loved just the same: the breathtaking view of Ma’agan Michael and the fish ponds and the sea from our porch; my room where Kumar and Abeo both slept on the floor when they visited, and we stayed up too late each night teasing each other and trying to force ourselves to dream of camels. Even the weird parts: The freezing water in the winter; the hole in the floor downstairs; the tiny lizard that had been crushed and flattened and petrified in one of the doorjambs.

Then there was college. Part of the alienation of the first year, I think, was having no sense of home: being stuck in a dorm, instructed to befriend my dorm mates, coming back to my room to find that my roommates had flipped over a table in the middle of our room and were playing beer pong in its center, being required to text them both when I wanted to come back to our space with my new girlfriend, et cetera. Second year, I got a single, and I got my home back. I would host slightly orientalist hookah sessions with a hookah gifted to me by a friend in Deir al-Assad. Junior year, I got to choose to live as a sink-mates with Kristen (Sinkmate, proper noun, Forest Dormatory of Middlebury College had these weird rooms connected by a little closeable and openable sink-room in the middle). Senior year, I’d host Friday morning poetry breakfasts, and romantic Vermont winter pasta nights.

Then I moved back to Jerusalem. In the midst of the frenzied activism (and all of its cousins) that constituted most of my identity and took up most of my time during that first year, Jesse and I found a little basement place in Nachlaot, with a well-meaning right-wing landlord who would call me at strange hours to talk about Saeb Erekat, and with a sunken main floor where we’d host Shabbat potlucks and morning meditation gatherings. Then Jesse moved back to the States, and I moved up the street, and up seven floors, to the top of one of the tallest buildings on Agripas street, just across from the shuk, four of us dear bros, me and Jacob and Zach and Jonah. We had a roof from which you could see all the way to Bethlehem, and we hosted parties and jam sessions and it felt like we were at the center of the world. That’s where I met Kayla.

The next year, Kayla and I moved to South Tel Aviv, to our beautiful third-floor apartment in Shapira, to the first home that we shared together, decorated with chairs from the Jaffa flea market, spiced up with basil and thyme plants layered into an old dresser. That was the home we were living in when we got married and bound our lives and our names together; that was also where we adopted a little scared dog, who peed and pooped in virtually every corner, and who is sitting behind me right now, curled up into a medium-sized, non-scared ball in Kayla’s and my newest home, back in Jerusalem. I love this home, too. I love the coffee corner we’ve made, and the L-shaped couch the three of us snuggle on to watch movies, and the kitchen where I make all sorts of vegan creations, and the desk that I am sitting at right now. 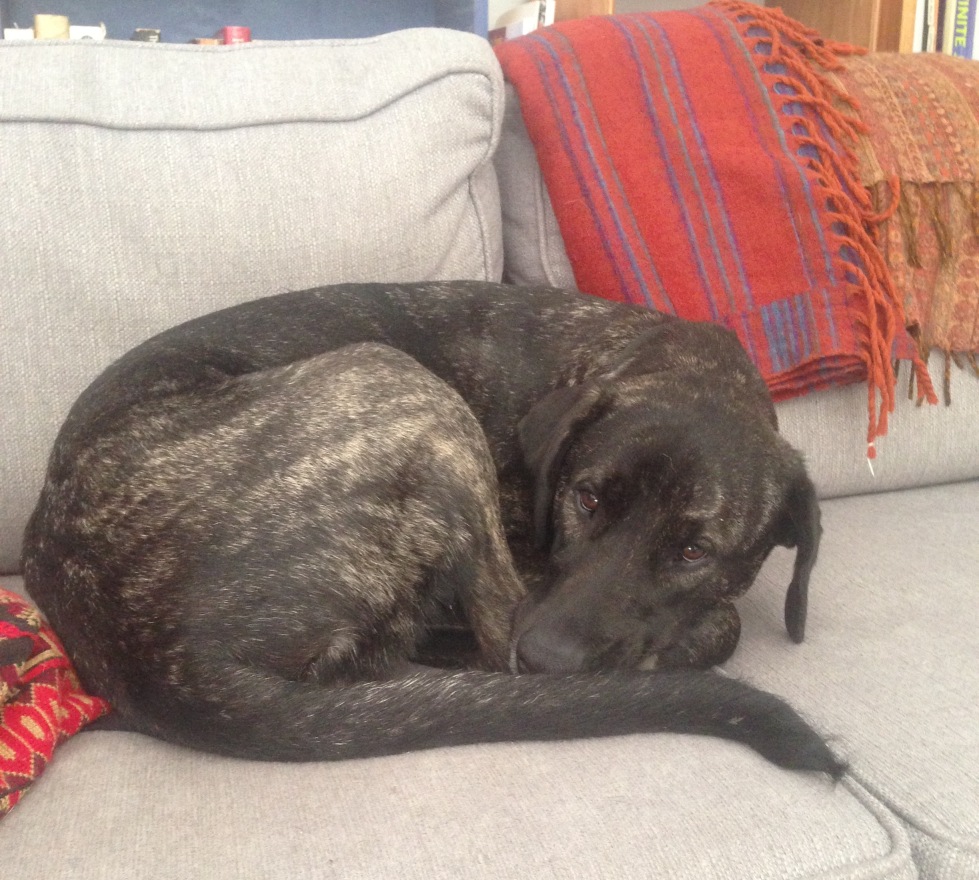 There are a lot of injustices in the world.

I have chosen, for the last half-decade or so, to focus a lot of my energy on the one that I feel most drawn to combat, namely, the occupation (and all of its cousins). People often ask me why I do it, and I have a few answers that bump around some mixture of ego and friendship and a sense of responsibility and self-interest and justice. But there is also another part, I realize, and that is how much I love my home.

Most of the anti-occupation campaigns that I have been deeply involved with have centered around houses, and homes. The first major campaign I helped organize was in Silwan, where the Sumarin family was threatened with eviction from their home (they are still in their home today). I was also active at that time in Sheikh Jarrah, where four families had been forced out of their homes and many more faced (and still face) the same threat. I stood with Al-Araqib, inside of Israel, where Bedouin families have had their homes demolished over 70 times. And of course Susiya. And a failed campaign in Silwan, with the Abu Nab family. And recently Jinba.

There are lots of reasons that I do what I do, but one of them is that I cannot stand to stand by and witness the government of my chosen home, country-wise, actively stealing and forcing people out of their homes, just because they belong to a group that is deemed “the enemy” of my group. And also, probably, on some level, because I hope that if I were ever, God forbid, forced out of my home, there would at least be others who would stand by my side. 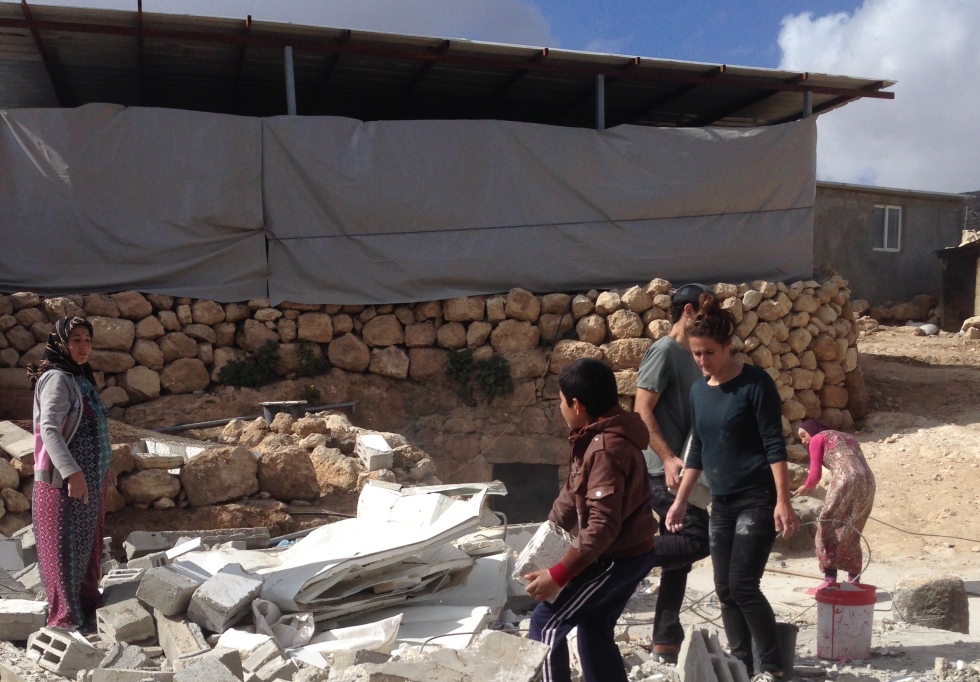