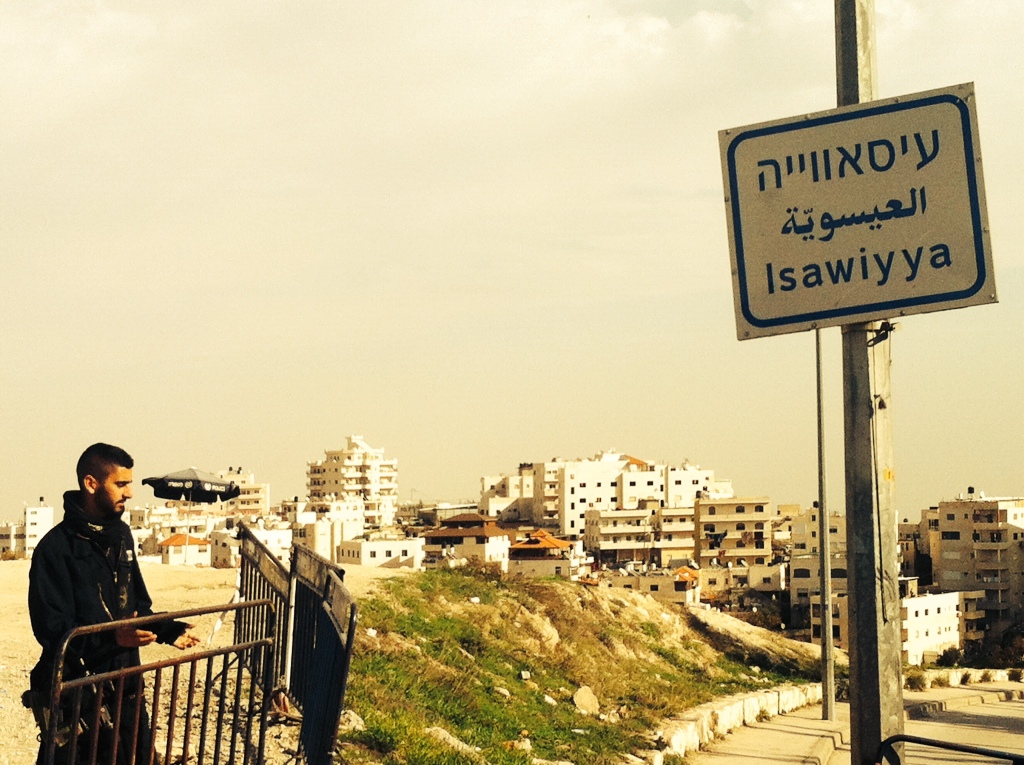 This afternoon, a number of Palestinian activists and residents of the East Jerusalem neighborhood of Issawiya -home to 18,000 people, all of whom have suffered directly from the Jerusalem Municipality’s policy of collective punishment over the past months (and from the ongoing occupation over the past decades)- led a tour for over 150 Israelis and about 20 internationals. The event was a followup from last week’s well-attended educational evening about the occupation of East Jerusalem. It is one thing for a few hundred curious Israelis to show up to an educational evening at a bar in West Jerusalem in which Palestinians talk about their lives under occupation, and it is another thing entirely for almost the same amount of Israelis (some of the same people, some completely new faces, some old hands) to overcome fear and stereotypes and media frenzy and attend a tour inside Issawiya.

As the tour started, Mohammad Abu Hummus, a resident of Issawiya, a long-time activist and himself a former political prisoner in Israeli jails, began by explaining what we were seeing: The Separation Wall, and a large swath of land belonging to Issawiya and A-Tur. This land lies empty, and could be used for the benefit of residents of Issawiya, who currently live in crowded, cramped conditions just meters away from the well-manicured campus of the Hebrew University. But the residents are not allowed to build there, as the land has been designated as a “National Park” by the Jerusalem Municipality, despite it having no National Parky significance whatsoever (Read Zvi Beninga’s ”National Parks in East Jerusalem: New tool in occupation toolkit“).

Mohammad Abu Hummus brought out a poster of the late Palestinian Minister Ziad Abu Ein, who to many represented the PA’s support for the nonviolent struggle against the wall, and spoke to the crowd, his voice raised: “They tell us to use nonviolence, but then we are killed while struggling nonviolently.”

A few more snippets from the tour itself:

Atiyah Omar from Issawiya explains "we Palestinians are being choked, forced to leave Jerusalem." #WeCantBreathe pic.twitter.com/zpI7ahevDT

1. Many people in Issawiya were surprised to see this crowd of young Israelis inside their village, and some young kids laughed at how we were dressed or our funny accents, but there was no palpable hostility. One woman, Marwa, told me in Arabic that it was really important and even moving for her to see this group. “It often feels like no Israeli Jews are opposed to what happens to us. It means a lot to me that you all are here.”

2. I overheard a number of people asking “What organization is behind this?” The answer that I and other activists gave was: “None.” This is a grassroots organizing effort. The aim is not to create an organization- of which there already exist many good ones- but rather to protest and oppose the occupation. Everyone is welcome to organizing meetings. There will be one this coming Sunday in Jerusalem. Email me for more info.

3. The tour ended as it started- calm, but with energy; grim, but pushing forward- and it felt really important to be there, a simple act of chipping away at the wall of separation and oppression and occupation and indifference. There will be more. Meanwhile, this Saturday night (tomorrow night) there will be a big demonstration in West Jerusalem against the racist “Lehava” organization, following the admission of three Lehava members that they were behind the torching of the Jerusalem bilingual school. Part of the message of this demonstration will be that these three youths themselves are not the problem, not “bad eggs” or “rotten apples”: The problem is Lehava itself, and the system in which Lehava can thrive. Information about that event is here.

Chip away at this ugliness. In the meantime, good shabbes. 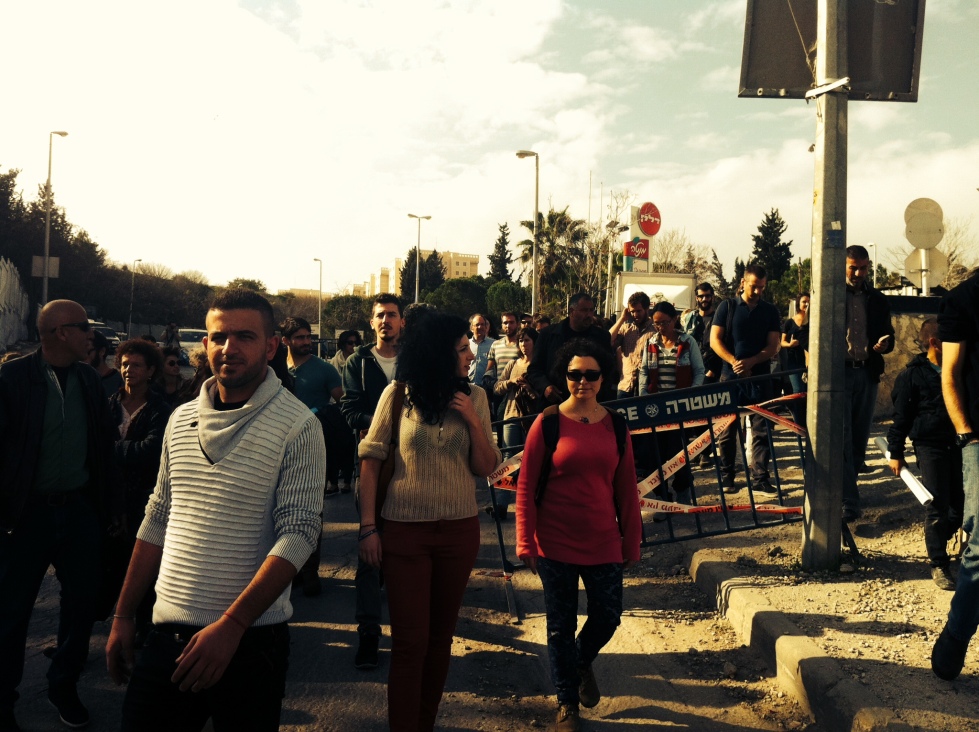